The Corral Show went great until they physically pulled me off stage.

The house was packed.  It was a cool spring evening, and it seemed as if everyone – every man, woman and child in Wyoming – had come to the Civic Center to see this little variety show.  Maybe they’d come to see Paul Adam’s magic act, or the senior girls perform the Bunny Hop, or Bob and the band boys perform She’s a Witch!  Who knows?  But there were hundreds of people there.  Standing room only.

END_OF_DOCUMENT_TOKEN_TO_BE_REPLACED

I hadn’t heard from Ann in days, but decided to stay in the Corral Show, anyway.

I was a senior.  It would be my last year at Wyoming, and I wanted to give the performance as a going away present to the class, the town, the school, and myself.  I would do my act, exposing myself – for better and worse – to the people I’d grown up with for the past ten years.  Performing for people who had driven me to do comedy as a matter of survival.  It would be a rite of passage.

I had been rehearsing my act for a couple weeks now, and felt good about it.  As I came backstage Sara McCloskey, a Prep, former class president, and one of the student producers of the show, trotted over, smiling.

“Hey there,” said Sara. “We’d like you to cut one of the jokes from your act.”

END_OF_DOCUMENT_TOKEN_TO_BE_REPLACED 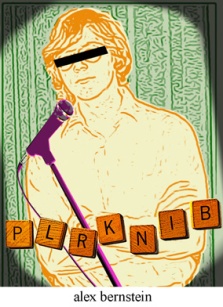